When Darren Smith coined the phrase Studentification in 2002, he was identifying a clear issue; the concentration of residential communities by transient student populations. Almost universally, initial debate focussed on the continued rise of the HMO (House of Multiple Occupation) as a method of students securing accommodation whilst at university, and the impact this had on the displacement of resident communities intertwined with the ‘breakup’ of community. Cited as ‘one of the foulest words in the English Language’ in Parliament in 2006, academic work, and Government intervention has focussed primarily on attempting to break the continued rise of HMO clusters within both university towns and larger metropolitan areas.

The 2001 Census identified a number of areas already forced to deal with the impacts of studentification. Not surprisingly, these focused around large, well established universities, either from the Historic, Redbrick or Plateglass period. Although Leeds is often cited as the studentification ‘capital’ of the UK (In part because of Smith’s 2002 studies), it was actually Manchester’s Fallowfield area which won the 2001 Census title of highest concentration of students within a Lower Super Output Area (LSOA)[i]

Come the 2011 Census however, it was not a HMOified area with the highest concentration of student population, but instead the area encompassing part of Aston University, and the area immediately to the North of Lancaster Circus in Birmingham.[ii] This is an area dominated by Purpose Built Student Accommodation (PBSA), which is continuing to face continued student expansion through revelopment of former Brownfield industrial sites, and the regeneration of former sites such as the Old Fires Station. The combination of two FE institutions, two HE institutions and this continued wave of PBSA development arguably forms one of the clusters of students within the United Kingdom, and it’s easy on one hand to see why developers continue to develop sites within the area.

Birmingham’s grapple between HMOs and PBSAs

When considering Birmingham as a university city, there are a total of 5 universities, spread out over the central and south of the city. Formally, Birmingham City University utilised the North of the city, before it moved to the City Centre as a part of it’s ambitions to represent the word City within its name. As a consequence of this, large pockets of students live within these areas, either in Purpose Built Student Accommodation, or in HMOs which have long existed in pockets around Bounbrook, near Selly Oak This however only identifies part of the potential issues, and a continued fascet of studentification studies that need continued exploration is the link between statistical and actual studentification issues, not only in terms of HMOs, but PBSAs, and arguably the silent third player in the sector; attractively located rental accommodation, targeted by students as a more affordable, yet less ‘intense’ form of accommodation, bridging the gap between HMOs and PBSAs.

Whilst some Local Planning Authorities have used a combination of policy restricting conversion from C3 (Residential) to C4 (HMO) through Article 4 Directions, and the requirement of a needs assessment for new PBSA developments, the fact that the student housing development (For now at least) continues to contribute to a Local Authorities 5 Year Housing Land Supply provides a crossroads situation for Local Planning Authorities. NPPG Guidance on the matter states in paragraph 038 that;

“All student accommodation, whether it consists of communal halls of residence or self-contained dwellings, and whether or not it is on campus, can be included towards the housing requirement, based on the amount of accommodation it releases in the housing market. Notwithstanding, local authorities should take steps to avoid double-counting”.

Defining need in itself remains a contentious issue. On one hand, developers would always seek to use Census and HESA data in a way to justify the continued expansion of the PBSA sector, whereas others will note that for the most part, the number of students year on year is unlikely to have a massive jump. Interestingly, although the boom of PBSAs continue, competition in the market has not driven down prices. The first point worth considering is that competition must be used loosely, especially in the context of Birmingham where a small number of accommodation providers create a near monopoly on the market. Unite for example recently bought out Aston University’s ‘on campus’ accommodation, raising still further the number of sites they own within the City Centre.[iii][iv]

The issue of studentification is one which will continue, regardless of the position of the UK leaving the European Union. Not only do universities within the UK continue to be an attractive location for international study, the removal of the ‘cap’ on student numbers enable Higher Education Institutions to continue the unparalleled growth of the overall HE market, particularly within England and Wales.

When removing the student ‘cap’, little determination was had as to the impact of this on the continued pressures and opportunities for the Student Housing Sector. The debate focused around potential improvements to social mobility, and providing opportunities for people to attend university, without where and how they will live. Whilst some can live in shiny new tower blocks being built to support this rise, others simply can not afford the rents that sometimes go above what is provided as a student loan, necessitating either the working of about 16 hours a week (hard when many jobs remain temporary and 0 hour), or the bank of mum and dad.

Next time, we will talk more about PBSAs and this is less about supporting student living options and more about hitting Housing Land supply targets for a local authority.

[i] LSOAs provide the most minute method of comparison of Census data, comprising of approximately 1500 – 2000 residents each.

[ii] A large proportion of this accommodation within Aston University was demolished 2 months after the Census took place, and was replaced by modern PBSAs.

[iii] The City Centre is defined as the area within the Middle Ring Road of Birmingham, as defined in the Birmingham Development Plan and Big City Plan.

[iv] In the interests of clarity, it is worth noting that Unite subsequently disposed of one site on Staniforth St to Student Roost, however are building another on the same road.

NOTE: Once upon a time, a fusion table lived here. Fusion tables are now no longer working, and therefore a new map will be generated in QGIS in the future. 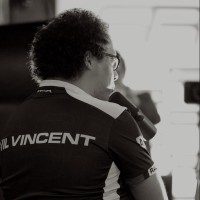